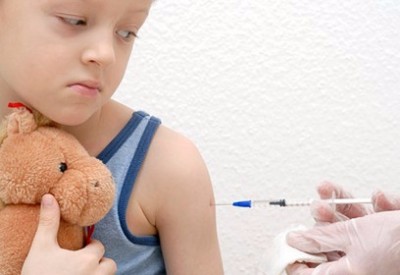 Diabetes affects thousands of children in the United States, putting not just their hearts and kidneys at risk, but also their hearing. Find out about the connection between diabetes and hearing loss in children.

Each year, more than 15,000 children in the United States are diagnosed with Type 1 diabetes. Also known as insulin-dependent or juvenile diabetes, the disease causes the child’s pancreas to stop producing insulin, which in turn prevents the child from being able to use glucose as energy. This leads to high levels of sugar in the blood.

While diabetes and hearing loss has been studied extensively in adults, several researchers in India decided to study hearing loss and diabetes in children, with some startling results.

Comparing Children With and Without Diabetes

The study matched 62 children with type 1 diabetes to 62 children without diabetes, comparing children of the same age and sex. With other risk factors controlled, all the children underwent air and bone conduction tests to assess their level of hearing.

Of the children with diabetes, 20 percent suffered some degree of hearing loss, with most of the impairment occurring at middle and high frequencies. The longer the child had been living with diabetes, and the less regulated the child’s blood sugar, the more severe the hearing impairment.

What Affects Hearing The Most In Diabetic Children?

Researchers found that poor glycemic control was strongly correlated to hearing loss, while hypoglycemia, neuropathy, retinopathy and thyroid dysfunction weren’t correlated to any hearing impairment. Ultimately, children who did not have control over their blood sugar were more likely to have hearing loss, and their hearing loss was more severe.

When the children with poor blood sugar control were given treatment to bring their blood sugar back to normal levels, their hearing did not deteriorate. While controlling blood sugar didn’t reverse hearing loss in children, indicating that the hearing loss was likely permanent, the impairment didn’t get any worse.

The longer a child had been living with diabetes, the more likely it was that the child would develop hearing loss. Considering that Type 1 diabetes can be diagnosed even before the age of 2, hearing loss can occur in children with poor blood sugar control as young as 5 years old.

Can You Get a Great
Deal Buying Hearing Aids Online?